Networking models as an incitement and a development toll for a business growth in the world of transports
"Do you want to be part of a network?"
"Yes, I do want grow up!"
The question implies a fundamental issue in the transports field: it is better to be the predator, achieving the economic and financial power needed to face the challenges of the future; or to be the prey, thus being subject to the harsh and ruthless market forces that lead a small-sized business to be absorbed by a larger one (which will always be the most forward - looking).
The European Studies Center of the Road Haulage tries to give organic, concise and rational responses, especially in relation to national and European legislation that, with specific provisions, encourages and promotes, through incentives and subsidies, networking models between companies.
The challenges of the national, European and international market, together with the critical economic situation that has gripped the small and medium firms in the last decade,have led towards networking models and mergers in the field of road transports.
Therefore, the international competition makes the networking necessary for road transport companies, not only for the ones operating on behalf of third parties, but also within the so called “inter-modal” transport, in order to create new entities ready to reach all the benefits which may result, such as:
Therefore, each businessman should not close his mind to the various advantages which could be gained by working in synergy with other companies.
However, to achieve these goals, a simple agreement between two or more companies or a hand tight it is not enough, but it is necessary to approach a specific multidisciplinary, legal - economic - labor law path, made up of several stages, which can be offer exclusively by specialists in this particular field.
For example, companies have to think about the type of the networking structure that they intend to create, such as a consortium, provided for in Article 2602 of the Italian Civil Code, a Joint venture, provided for in Art. 2549 cc, an European Economic Interest Grouping EEIG, networking contracts, minority holdings and equity trading; furthermore, they have to take on the whole issue of cost – benefit analysis of specific transactions that are significant under the financial aspect and for the optimization of the available resources; moreover, they have to face staffing plan problems; lastly, they have to deal whit the definition, the planning and the subsequent implementation of a prudent and balanced business planning, with its specific content and features.
So, the recruitment of competent specialists and professionals it's crucial for the success of networking models, in order to achieve ambitious and profitable projects.
In addition to the professional activity, the State has a key role in the setting of the legislation (which you can find within our site under the "Legislation" section), in accordance to the European fundamental principles and rules, which provides incentives, grants and contributions that can help companies working in the network of the road haulage and inter-modal sector.
These Law Acts are: at European level, the EU Regulations no. 1407 of 2013 and no. 561 of 2014; at national level, inter alia, the Financial Act 2015, the Ministry of Infrastructure and Transport Decree Law 21 April 2015, the Ministry of Infrastructure and Transport Decree Law 29 September 2015, the Ministry of Infrastructure and Transport Executive Decree Law 21 in October 2015, the Law 7 August 2015 concerning the identification of policy priorities in the transport sector for the year 2016.
Therefore, the Italian legislator, does not look with disdain at such interventions but facilitates them and always support them according to his budget and cost constraints.
To conclude this brief but incisive analysis, it is possible to summarized the pillars of the networking phenomenon:
Loading form 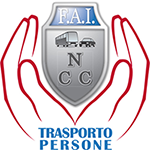